The best kind of English teacher: a theater enthusiast 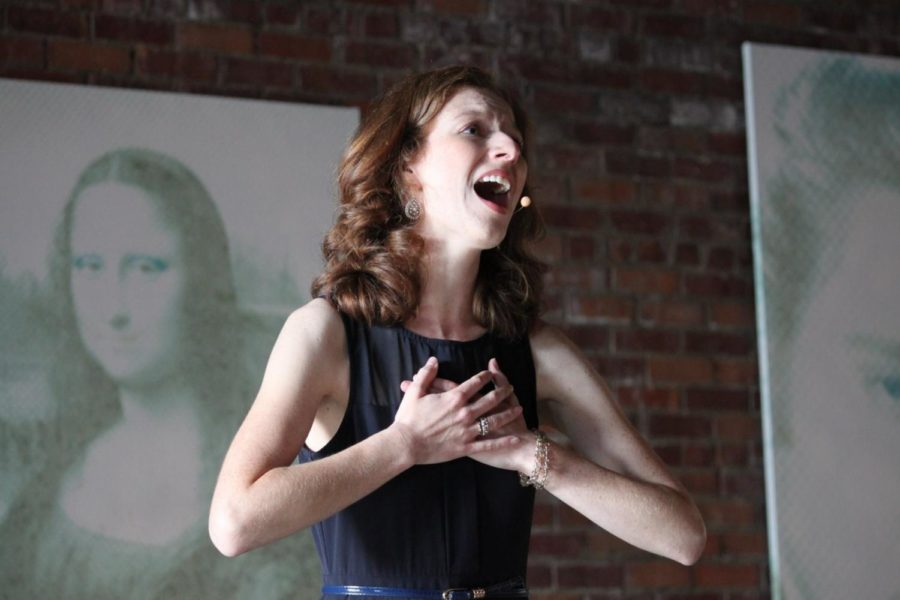 "The Broadway and Beyond Cabaret"

Anyone who has, or has had, Martha Stai as an English teacher is familiar with her frequent “sing-talking” and flailing arms full of enthusiasm.  It is easy to see that her experience in theater truly brings her teaching to life.

As a child, Stai was immersed in theater.  With a theater director as a father, she was destined to perform.

“I spent from before kindergarten on going to my dad’s play practices and watching him direct,” said Stai.  “All throughout high school I was doing musicals and plays at my own school, and also driving to another town and participating in their community theater; I was completely consumed.”

Although it is evident Stai is fully invested in her career as a teacher, teaching was not what she originally set out to do.  She had dreams of performing under the bright lights of a Broadway stage, looking out to a full house.

“I truly thought Broadway was what the future held for me, but I discovered working at a restaurant or store all day just so I could audition at night was not very fulfilling,” said Stai.  “I had a degree in teaching, and I needed something during the day that fulfilled me. Moving back here allowed me to be closer to family, but also be able to teach and continue to do theater on the side.”

Just because Stai started teaching did not mean she had to put theater on the back burner.  Since moving back to Sioux Falls, she has even started a theater company with some friends called, “The Good Night Theatre Collective.”  It is easy to say that Stai will never give up theater; she has learned many valuable life lessons beyond just singing and acting from her involvement in production.

“I think I have gained a better grasp on humanity, relationships and the overall human condition,” said Stai.  “I’ve realized people can be both delicate and sensitive, but also very strong and resilient.”

Not to mention, theater has been nothing but an asset in the classroom for Stai.  She finds herself using what she has acquired from being involved in production to her advantage when it comes to teaching English.

“[Because of my background in theater], I feel like I can get kids interested in literature more effectively because I am able to show them how exciting, interesting and applicable to real life it can be,” said Stai.

One could say that Stai now has the best of both worlds.  She continually gets to make a difference in people’s lives using theater; whether it is integrating it into her classes during the day at LHS or by producing and performing musicals and plays in her spare time.

“It’s just so fun to sing about life!” said Stai.  “Our world seems to be very disjointed right now, so theater is great because it gives people the opportunity to make connections and come together to create beautiful art.”