“The Hate U Give”: an outlook on today’s society 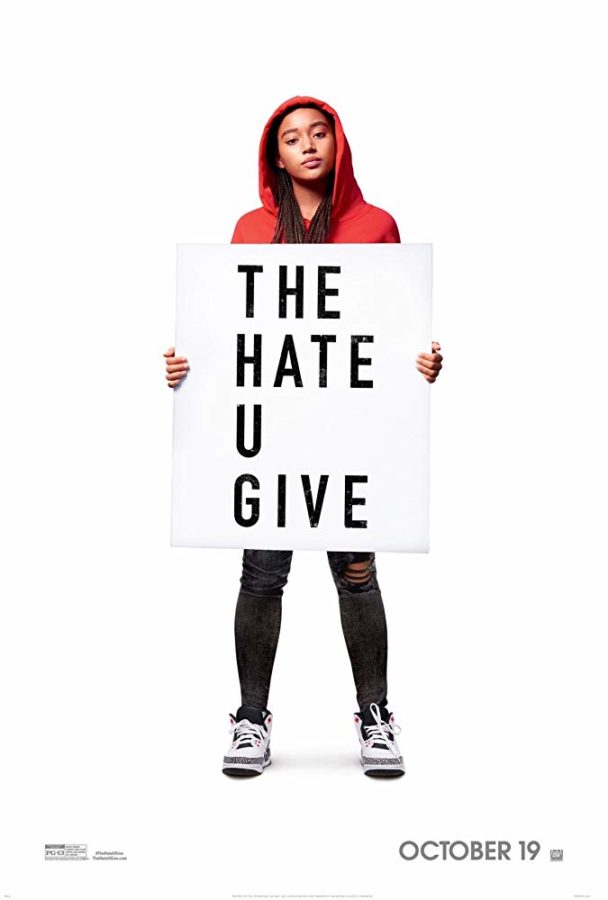 "The Hate U Give" is in theaters now.

“Thug Life” is an album and mantra by the late Tupac Shakur. The meaning of the acronym, “The Hate U Give Little Infants [expletive] Everybody,” influenced Angie Thomas as she wrote her best-selling novel to help further explain how the hate African Americans face affects us all.

“The Hate U Give” focuses on a 16-year-old named Starr Carter (Amandla Stenberg) who grows up in a predominantly black neighborhood in Georgia, named Garden Heights. Her parents, Maverick (Russell Hornsby) and Lisa Carter (Regina Hall), send Starr and her two brothers to a school outside of their neighborhood in a privileged, predominantly white community where she becomes “Starr Version Two,” a less “ghetto” version of herself.

One night after a party in Garden Heights, Starr leaves with her friend Khalil Harris (Algee Smith) when, during a routine traffic stop, Khalil is asked to step out of the car. Once Khalil exits the vehicle, he reaches for a hairbrush which the officer claims he thought was a gun. At this point, the white police officer shoots Khalil without any questions asked.

With Starr being the only witness, she feels the pull from her community to speak out while others, like King (Anthony Mackie), who runs the local drug operation, push her not to speak up. The media quickly grabs Khalil’s story, and Starr becomes conflicted between her double life. She has to choose whether to speak out for her community or keep quiet to protect her image at school.

Balancing the funny and light moments with the dark and conflict driven ones was not an easy feat, but one that was definitely accomplished. The film has a perfect blend of Starr’s teen life with feuding friends and relationship conflicts and Starr trying to discover who she wanted to become while ultimately informing about racism and injustice.

“The Hate U Give” leaves its audience rattled because of its unique and personal look at the lives of people affected by police brutality. Detailing different types of people and their responses after a police shooting gave the audience an opportunity to see both the positive and negative sides of the spectrum. It’s one thing to see it on the news, but it’s another to sit through two hours watching the injustice personally affect people. By focusing on the fact that injustice can no longer be ignored, the movie urges the audience to use their voice and not let anyone try and stop them.

Throughout the whole movie, viewers are taken on an emotional roller coaster, captivated from start to finish by the extremely powerful narrative and its message. As the credits begin to roll viewers are left unsettled. “The Hate U Give” opens viewers eyes to many different topics and when in the end everything comes full circle, they are left reflecting on all that they had just watched. The feelings viewers are left with urge them to stand up for injustice and not let their voices be suppressed.

If you have not had the chance to see it, drop what you are doing and go to a theater to buy a ticket. Sit down, keep an open mind and watch as the story unfolds. This movie needs to be seen by people everywhere.

An earlier version of this story included minor grammatical errors. These errors have since been fixed.

An earlier version of this story included minor grammatical errors. These errors have since been fixed.