How should we define artists? 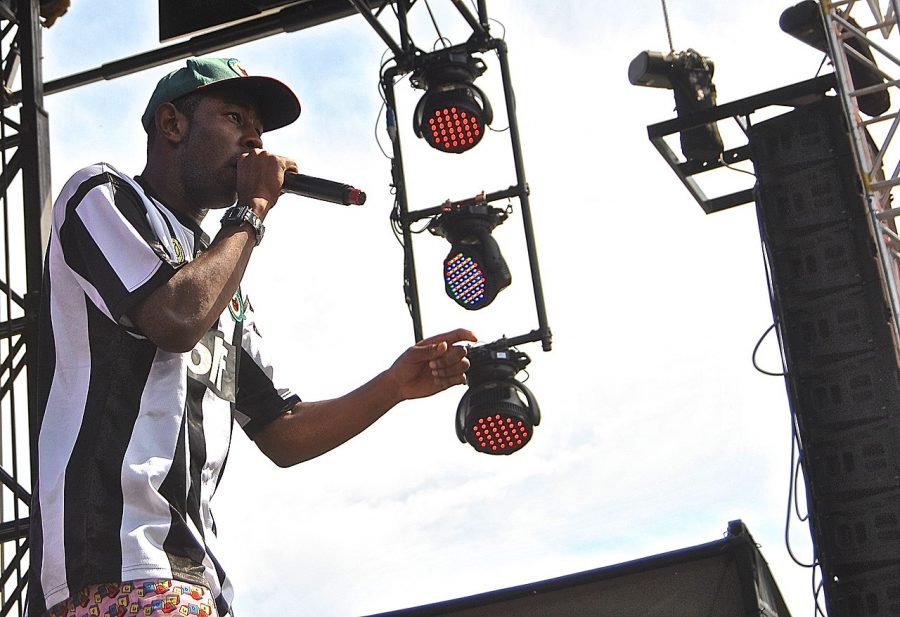 Artists such as Tyler Okonma, also known as Tyler, the Creator, have criticized the Recording Academy and other major music institutions for forcing stereotypes through genre onto their music.

For years, music has been defined by genre: country, rap, pop, soul and a select few others. Genres have served a purpose throughout modern history, drawing lines at which artists and others define themselves.

Despite this long-held music standard, the 2010s could easily be defined as an age without genre. Artists have bent the normal rules to their own standards. New genres have emerged from the old: electropop, folk-soul and even ‘danger music’ have all become prominent ‘genres’ in this new field of artistry.

Artists in recent years have been more experimental than ever before, some switching genres every time they release new music. Donald Glover, known by some as his stage name Childish Gambino, started his career as a traditional, fast-talking rapper with hit songs like “Bonfire” on his album “Camp.” A few years later, Glover debuted his alternative pop persona with the album “Because the Internet.” With his newest releases, “Awaken, my Love!” and “3.15.20,” he has changed his style yet again, swaying towards a more experimental, techno-pop sound.

Glover himself is proof that success comes beyond genre; while artists previously had to fit a specific niche to appeal to an audience, what really draws success to a record in the year 2020 is its lack of definition. Artists who dare to defy tradition skyrocket to fame, in some cases much more quickly than traditional artists.

Part of the reason for this success is in these artists’ inherent uniqueness; there are a thousand new country records released each day, but maybe only one or two albums that blend country and rap.

This new way to defy genre comes with its own set of problems, however: the Grammys, the VMAs and the Billboard Music Awards, among others, as a rule have restricted their award categories to genre. Of course, more general awards exist for Record, Artist and Album of the Year, but as a whole, music critics and record labels tend to crave that traditional niche, easily categorizing artists into a genre that may not necessarily define them the way they wish.

Tyler Okonma, also known as Tyler the Creator, challenged these norms set by the Recording Academy by speaking plainly to a Grammys audience in January about his categorization. Okonma’s album, “IGOR,” had been characterized by the Grammys as rap music, despite its clear neo-soul, synth and electronic undertones, and most clearly of all, its lack of traditional ‘rap’ themes. Okonma claimed during his acceptance speech for Best Rap Album that genre is yet another harmful way to press stereotypes onto an individual.

“It sucks that whenever we- and I mean guys that looks like me- do anything that’s genre bending or that’s anything they always put it in a rap or urban category. I don’t like that ‘urban’ word- it’s just a politically correct way to say the n-word to me,” said Okonma.

While genre may not necessarily weigh on all artists as heavily as it does for Okonma, his thoughts serve as a reminder that even the smallest of labels can have a major impact on how people perceive themselves.

Regardless of whether or not awards shows recognize this freehanded, label-less expression, it’s clear that artists will continue to defy both genre and stereotypes through their music, and be incredibly successful doing it.