Dak Prescott finally gets the contract he deserves. 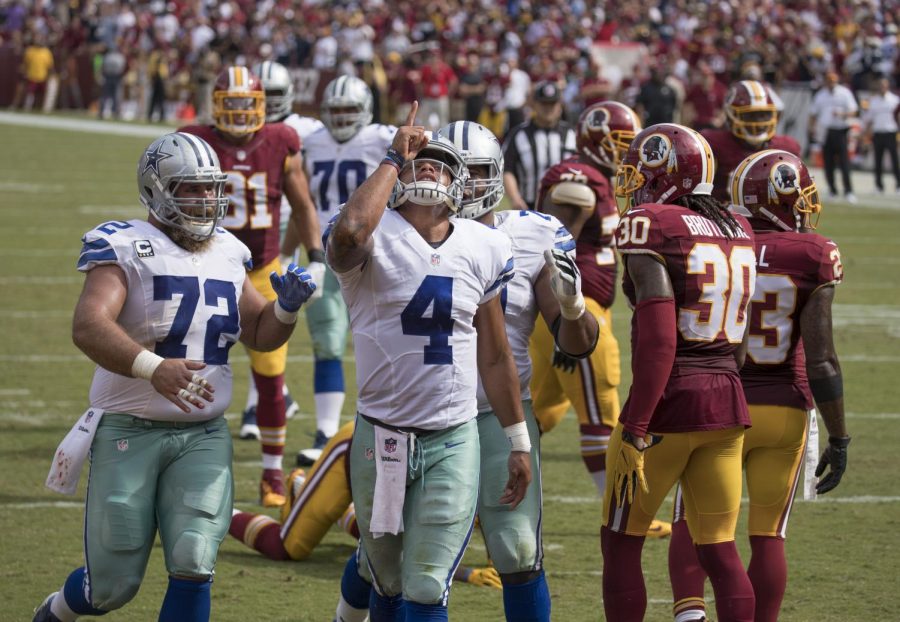 Dak Prescott is set to enter his 6th NFL season.

Dak Prescott was drafted by the Dallas Cowboys out of Mississippi State University in the fourth round of the 2016 NFL Draft. Since coming into the league, Prescott has proven that he is a franchise quarterback and has won the hearts of many Cowboy fans around the world.

Prescott started off his NFL career by throwing for 23 touchdowns and rushing for another six, all while leading the Cowboys to the number one seed in the NFC, with a 14-2 record. Prescott took the league by storm and was awarded the NFL’s Offensive Rookie of the Year award.

Prescott continued his success in his third season, where he led the Cowboys back to the playoffs. Facing off against the Russell Wilson led Seattle Seahawks in the wild card round, Prescott threw for over 200 yards and one touchdown, and was able to capture his first playoff win, defeating the Seahawks 24-22.

This past offseason, the Cowboys decided to place their franchise tag on Prescott, paying him $31.4 million for the 2020-2021 season. However, this decision did not sit well with Prescott, who felt like he deserved a contract extension. He used that as motivation and came into this NFL season with a chip on his shoulder. He threw for over 1,800 yards and nine touchdowns, and was on pace to shatter the NFL’s single-season passing yards record. Unfortunately, his season came to an end in week six against the New York Giants after suffering a compound fracture and a dislocation in his right ankle.

After two years of rumors and speculation regarding Prescott’s future with the team, the Cowboys finally decided to give him the contract he deserves. The Cowboys signed him to a four-year, $160 million deal that includes an NFL record $66 million signing bonus. According to NFL.com, the deal has a maximum value of $164 million and includes $126 million in guaranteed money, as well as a no-trade clause. Prescott’s deal averages out to $42 million a year, over his first three seasons, and will pay him $75 million this upcoming season.

After the news was announced to the public, Twitter exploded with many mixed-emotions from NFL fans. Many fans agreed with the Cowboy’s decision, and believe that Prescott is a top-five quarterback in the NFL and that he earned his new contract. While many others have disagreed with the decision, arguing that Prescott is overrated and does not deserve to be paid like an elite quarterback.

Only time will tell if Prescott is indeed worth the money that he is going to receive. The Cowboys believe in him and have given him the keys to the castle. Prescott will look to bounce back from his ankle injury and bring a Super Bowl back home to Dallas.