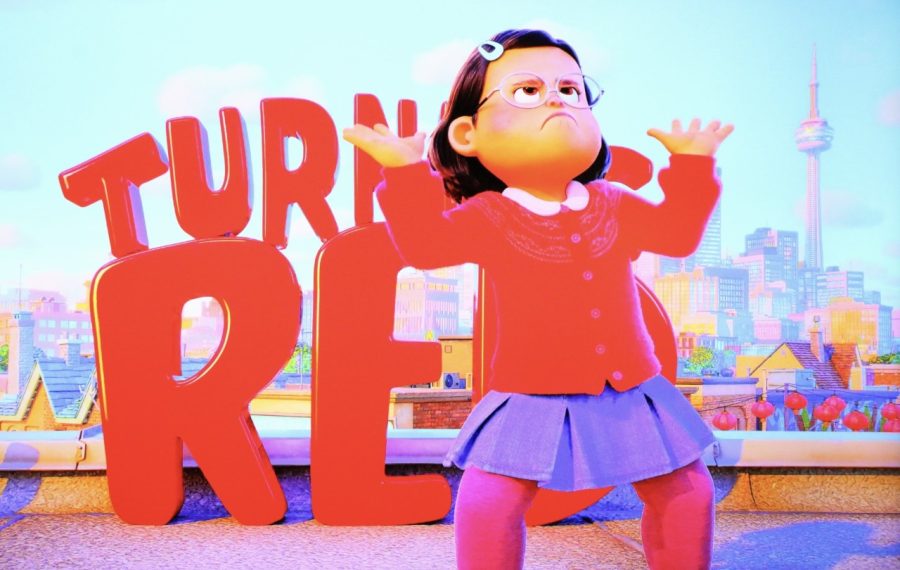 “Turning Red '' is now on Disney+, yet some parents are not too impressed.

A recently released PG movie called “Turning Red,” has left many upset, some uncomfortable and no one yearning for more. Released on Feb. 21, 2022, by Pixar, “Turning Red” is a movie about a young girl who turns into a red panda when she is overwhelmed, excited, angry or wants a little extra side cash. Meilin or Mei-Mei, voiced by Rosalie Chiang, has been given this blessing and curse from her ancestors. Turning into a red panda almost directly relates to going through puberty which has left some people less than impressed.

Mei-Mei has wanted nothing more than to impress her mom and see a boy band with her friends. After her mom, Ming, voiced by Sandra Oh, finds horribly embarrassing drawings of a boy, Mei-Mei has a mental breakdown. When Mei Mei wakes up the next morning, she turns into a red panda which her mom mistakes for her period. Just as this life-changing part of Mei Mei’s life occurs something even bigger happens, Mei-Mei’s favorite band, 4*Town, whose music is written by Billie Eilish and her brother FINNEAS, is coming to town for a concert.

As I watched “Turning Red” the only thing I could think was “a millennial has something to do with this.” Guess what, I was right. If someone was to ever ask me to define cringe, I would immediately reply with “Turning Red.” There were so many parts of this movie that made me laugh and squirm out of pure discomfort. The mentioning of periods or the way middle schoolers are portrayed does not bother me. The part that does bother me is that this film is for eight-year-olds and up. It is not my job to tell parents how to parent, yet that is just what I am going to do. Do not show this to your prepubescent children. Along with the PG aspect of this movie what is even worse are the innuendos that may or may not be on purpose. Two prime examples of this would be when Mei-Mei yells to a boy “Hey Tyler you want the panda. You are getting the panda” then later Mei-Mei’s grandmother says, “It is hard to keep your panda in.” In a movie where the red panda is supposed to be a symbol for puberty, these lines feel extremely odd.

To review this movie I sadly had to watch it; in doing so I made my mom watch it with me. The following are quotes I obtained from her while watching “Turning Red”:

“This is like watching a movie your 13-year-old daughter made and sitting through it.”
“If I hear Mei-Mei one more time…”
“This movie made me lose respect for Billie Eilish.”

If I have not made myself clear by now I do not recommend “Turning Red”. Despite it being the first of its kind (animated puberty movie), it is a thumbs down.  Though puberty is rough it does not really compare to turning into a giant red panda. If you are going to force yourself to sit down and watch a movie with your kids, please do not pick this movie. Instead, pick a better movie like “The Emoji Movie” or “Norm of the North”.