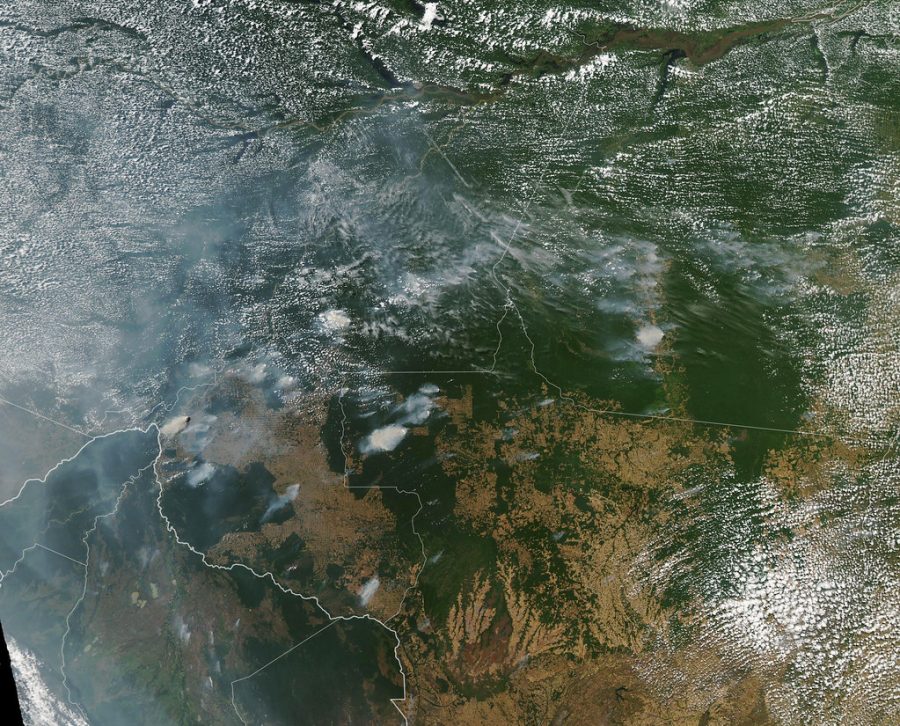 The Amazon rainforest fires are so harsh that they can be see from Space by NASA.

An update on the Amazon

The Amazon Rainforest fires have been a pressing topic on all news outlets for the last three weeks as they continue to burn through one of the biological epicenters on Earth, containing at least 10% of the planet’s biodiversity. As the fires remain prominent and dangerous, here is a look at some of the current updates on the situation.

A group of leaders from global economic powers met from Aug. 24-26 at the 2019 G7 summit. Prior to this, many countries put pressure on Brazil’s president, Jair Bolsonaro, to take action against these fires by leveraging a trade deal between the European Union and Brazil’s economic and political bloc, along with pressure from other political leaders, civil society leaders and celebrities around the world. Pres. Bolsonaro thus announced plans to send forces to fight the fires on Friday night.

Over 30 protests have taken place across Brazil on behalf of the Amazon Rainforest, including many protests by indigenous tribes in Brazil. These protests have been especially directed at Pres. Bolsonaro, whose policies many see as the primary fault behind the fires. Scientists point to both the high temperatures and illegal deforestation, which “removed over three times as much forest last month as in July 2018,” according to NPR, as causes for the fires. From São Paulo, where the skies have turned black due to soot, to Recife, protestors have marched in Brazil, chanting “The Amazon stays, out with Bolsonaro.”

In a 48 hour period, there were more than 2,500 active fires in the Amazon rainforest. Already, firefighting forces have arrived in the state of Rondônia, not to mention the Bolivian president, Evo Morales, has contracted a Boeing 747 “Supertanker” to help fight the fires. However, the fires have yet to cease, although more action is being taken against them.

How it affects the Midwest

The effects of deforestation could have an impact on the rainfall, not only in South America, but in the U.S. Midwest. A 2014 study concluded that complete deforestation of the Amazon could reduce rainfall during the agricultural season of the U.S. Midwest, among other U.S. areas. There is a “tipping point” before the Amazon will turn into a savanna-like state – some studies suggest a 30 to 50 percent deforestation. The World Wildlife Fund estimates that the forest is already 17 percent deforested.

“We’re all part of a global climate, so what’s happening in Southern Hemisphere does affect us,” said Environmental Sciences teacher Christopher Ernster. “Not necessarily directly, but indirectly, as far as that stored carbon that’s in the rainforest that’s been stored for, potentially, hundreds of years. And now, with those forest fires burning, that carbon’s being released and… carbon has an impact on heat that’s trapped in our atmosphere. So as far as affecting the Midwest, we might not see the direct impacts from the smog or the smoke or the weather patterns, but it’s that long term climate that’s going to be impacted. And as far as the resources we get from the Amazon, maybe building materials or some of our food that gets imported from there, we will be affected by that.”