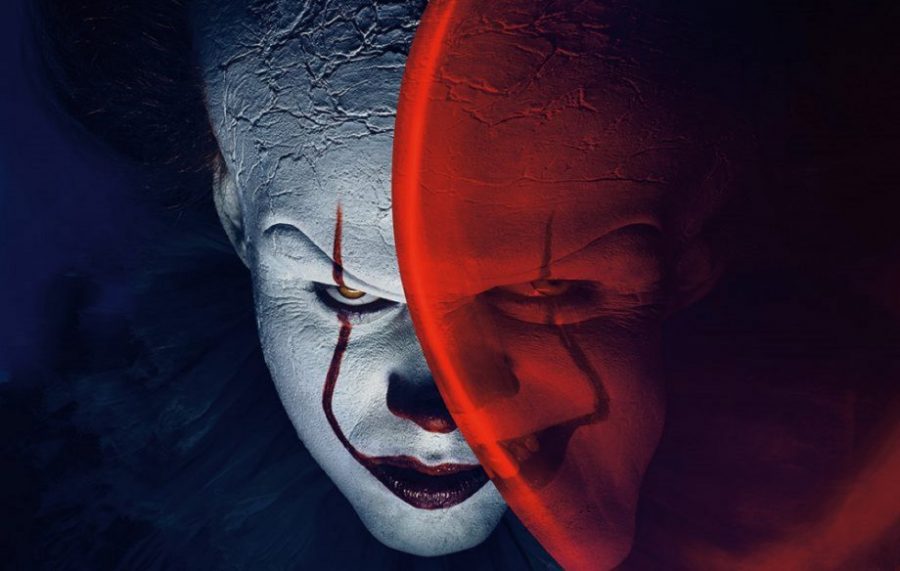 Promotional poster for 'IT Chapter Two'

Two reflections on ‘IT Chapter Two’

Out with the old, in with the new

“IT” is a horror suspense classic based on Steven King’s over 1,000-page book that was initially published in 1986. Four years later, the Original “IT” was released. It was a long, scary and intense movie for its time, but compared to the modern-day effects in the two recent movies, the original “IT” does not compete.

Both movies follow a similar storyline: seven preteen misfits work together through friendship to try and stop an evil killer clown that is killing innocent children in their town Derry. The new “IT” movies were split into two parts. Part One dealt with the group and kids while Part Two shows the seven misfits 27 years later coming back to finish the clown off once and for all. On the other hand, in the original, the content is all packed into one 3 hour, 12-minute movie.

The budget of the original was a whopping $12 million, which isn’t much compared to the average movie budget in the ‘90s (30 Million). In contrast, the two new “IT” movies have a combined budget of over $70 million, runtimes were 2 hours and 26 minutes for “IT Chapter one” and 2 hours and 50 minutes for “IT Chapter Two” The difference between the two movies that stands out the most is the effects. The advances in technology from the ‘90s to now make the two new movies more lifelike and realistic. The death scene for Georgie from the original to the new is more gory and intense. Rather than seeing a scary close up of Pennywise’s face in the original, Georgie’s Arm gets brutally ripped off in a realistic-scary-type of way.

Both the original and new “IT” movies follow a similar storyline based on the book. The difference in effects, acting and suspense is what makes the new “IT” movies superior to the original. Giving everything that has been said and done, the original is still a horror movie classic, and nothing beats the classics.

When one thinks of scary movies, they probably think of their most recent scare. The first in my mind right now is “IT Chapter Two.”

When seeing this movie in the theater, I had trouble remembering what had happened in “IT Chapter One” (the remake) that came out in 2017. I remember the first “IT” to be really scary and overall heart-stopping action, and I would say the same thing about “IT Chapter Two”.

The “IT Chapter One” movies are about seven pre-teens who are trying to take down a clown named Pennywise, in their small town of Derry, Maine. Richie is the main comedy guy in the friend group, always cracking jokes and making a fool out of himself. Ben is the new guy in town and is trying to fit in.

In “IT Chapter Two” you feel more of a serious tone. They put in more real-world problems with the beginning showing two gay men being tormented for their sexuality. The characters acted the same way in Chapter Two as they did in Chapter One.

Overall, the two movies were very similar but also had some differences. Both were filled with non-stop action. However, while the first chapter had a huge amount of comedy, in the second there was only minimal. The two movies were both scary and funny. I recommend seeing them both, but only if you’re up for really scary movies.