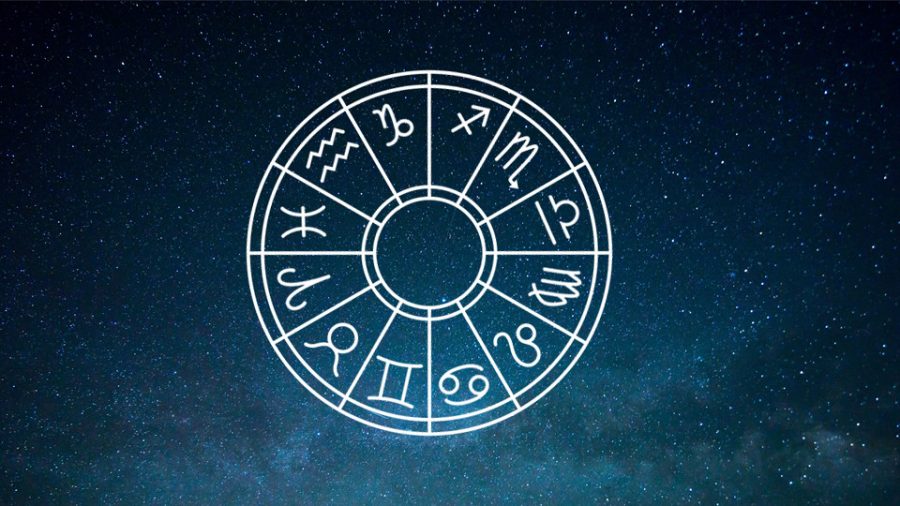 A wheel showing all of the different astrological signs based on the month born in and star alignment.

The pseudoscience of astrology

I am an aquarius. Unsure of exactly what that meant, I was forced to do some quick research regarding astrology. Astrology is a system that uses the month of a person’s birth to draw generalizations about personality traits, strengths and weakness without actually knowing the individual. Using astrology to provide guidance for an individual’s personal life is big business in the entertainment world, yet all of its “practitioners” (astrologers, as opposed to people who believe in astrology), insist that it is real and scientific; it is neither. Astrologers are doing the same thing that advertisers and filmmakers do: selling hope and charging a fee.

Astrology was created at a time in human history when most people thought the earth was flat, that the planets and the sun orbited the earth, the earth was the center of the universe and the outermost sphere contained all the stars. Astrology is founded on the idea that the alignment of stars and planets affect every individual’s mood, personality and environment, depending on when he or she was born. Astrology goes so far as to suggest that the events happening in the wider world around an individual are influenced by their astrological sign. There are certain terms used for each group of people usually based in the greek language such as cancer, aquarius, gemini, virgo and many more. The month and/or day of birth determines a person’s “sign”.

Many educated individuals who possess knowledge of world history do not need to be told that astrology is a hoax based on unscientific information. Thanks to the prevalence of social media, astrology is experiencing a surge in popularity with younger generations. Young people are quick to jump on any new trend suggested to them through Instagram, Tik-Tok or Twitter, no matter how silly.  Astrology has a cult-like following in part because people love to feel as though they belong to a special group. While it’s great to make people feel special and unique, when astrology followers start using their religion-like pseudoscience to degrade and demean other people, it’s gone too far. Generalizing whole groups of people by their certain group and stereotypical attributes is not kind and should not happen. Yet I overhear people all the time talking about how they hate “gemini”,  how they can’t believe someone is a “cancer” or that their personalities do not go well together. As children we are all taught to never judge a book by its cover. Using pseudoscience to judge people’s personalities before you actually get to know them is doing just that.

Astrology has been rejected by the scientific community as having no explanatory power for describing the universe. Scientific testing has found no evidence to support the premise or purported effects outlined in astrological traditions. Where astrology has made concrete predictions, it has been proven false. So why do people continue to believe in astrology?